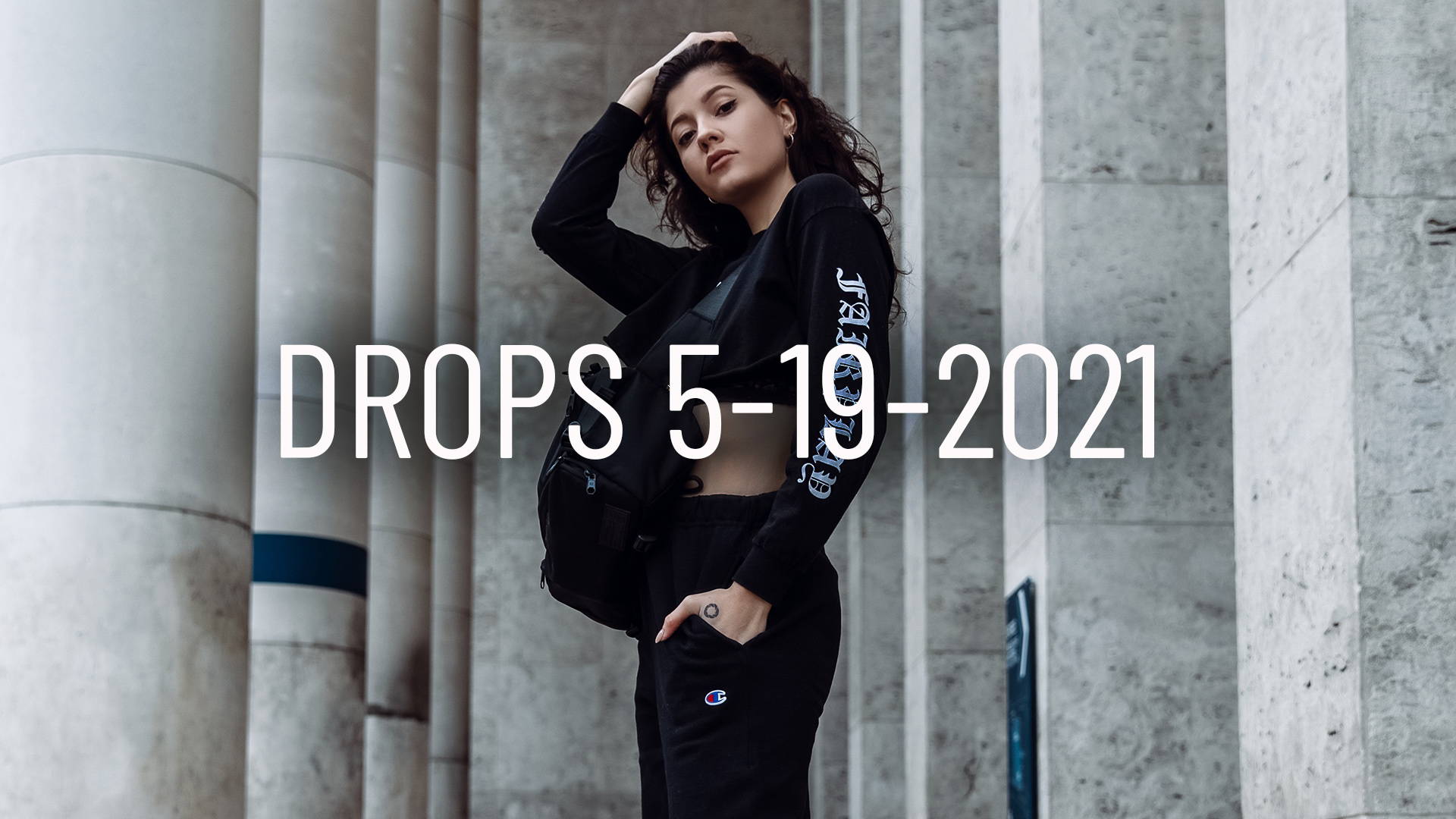 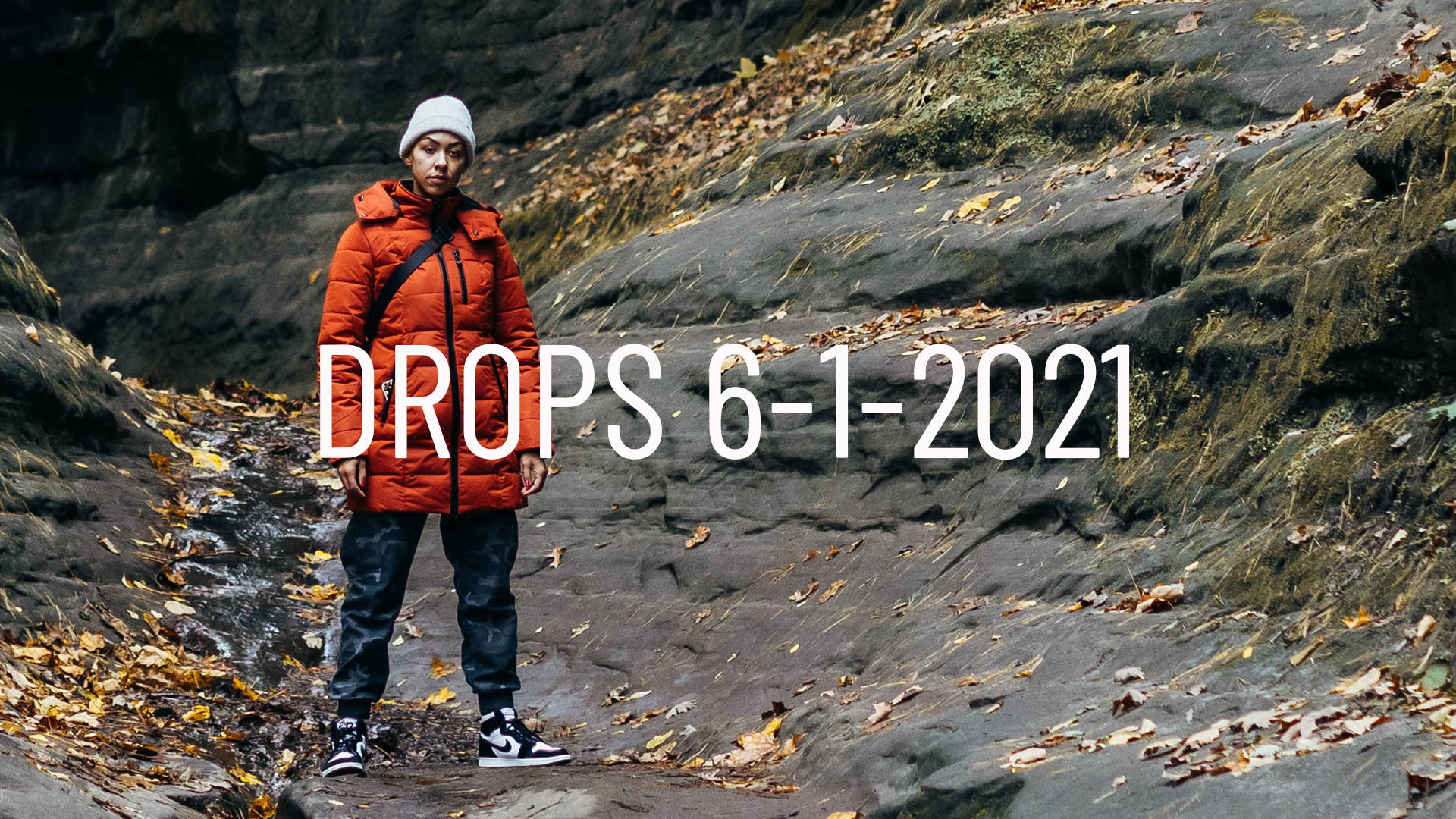 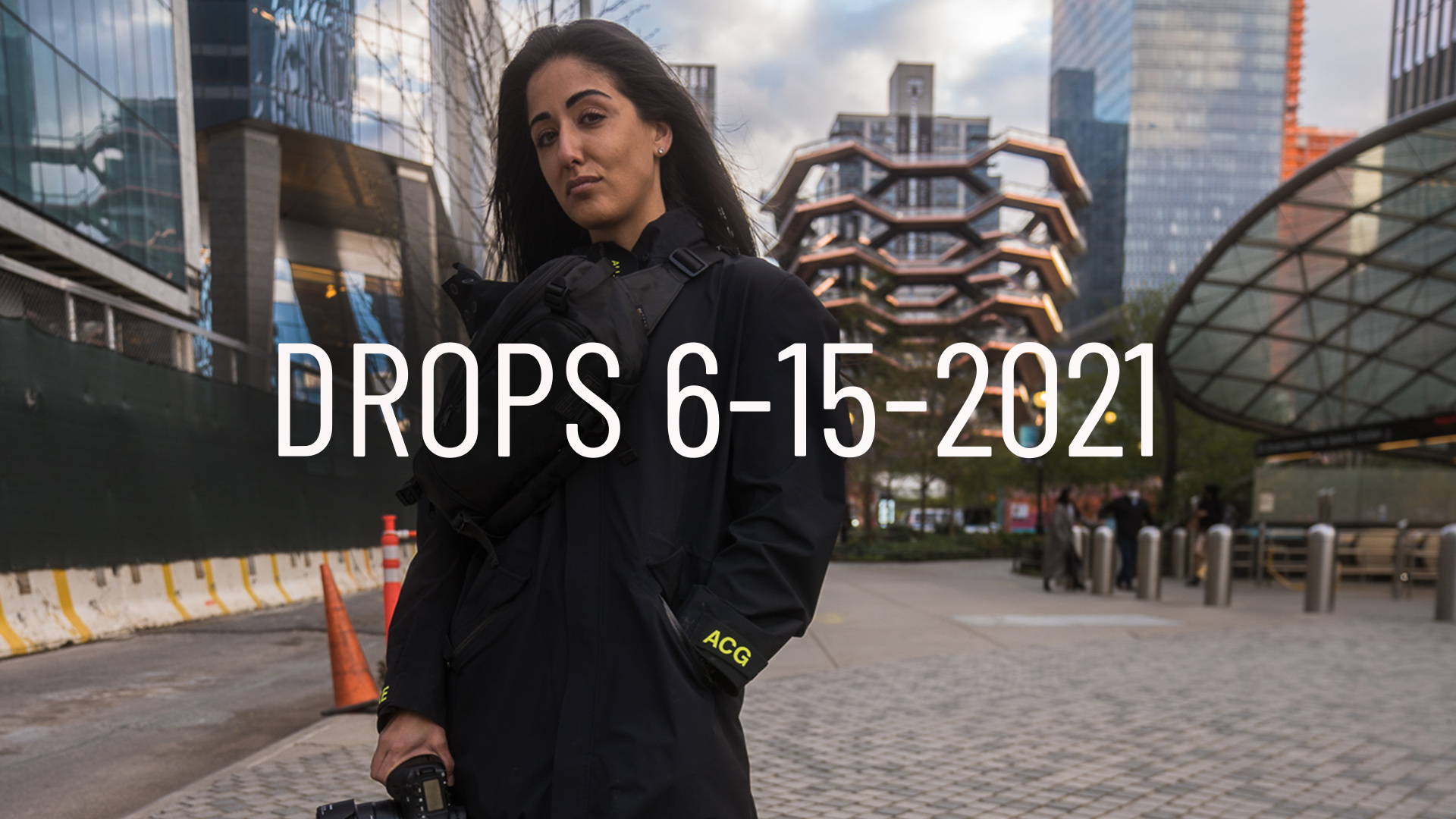 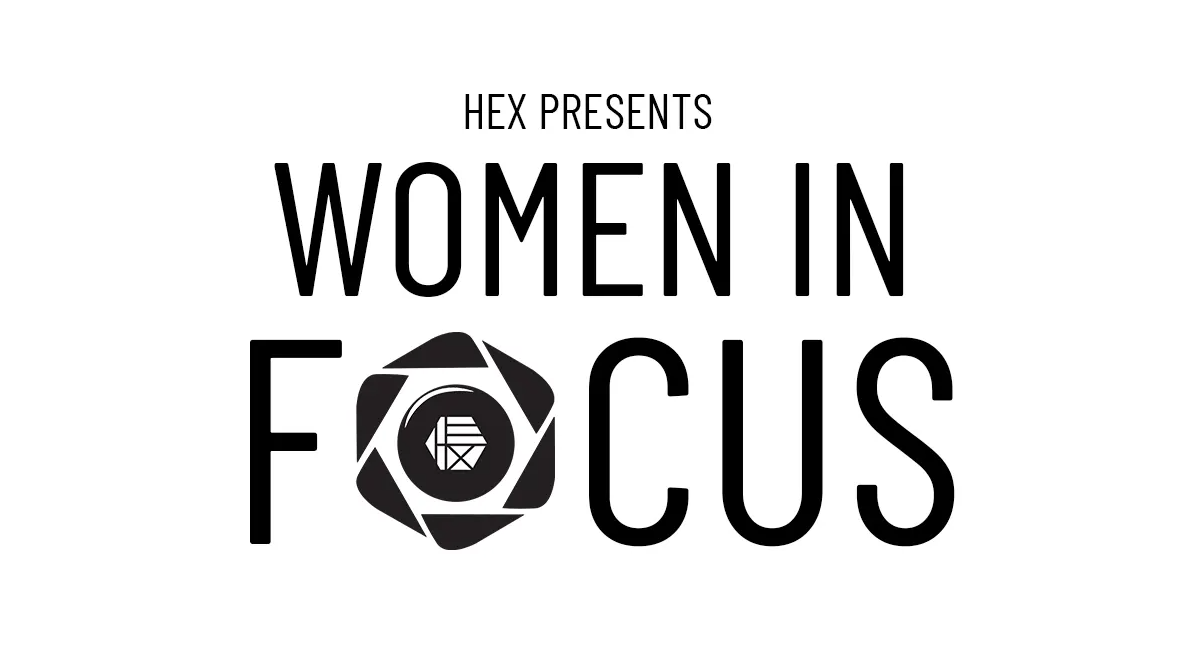 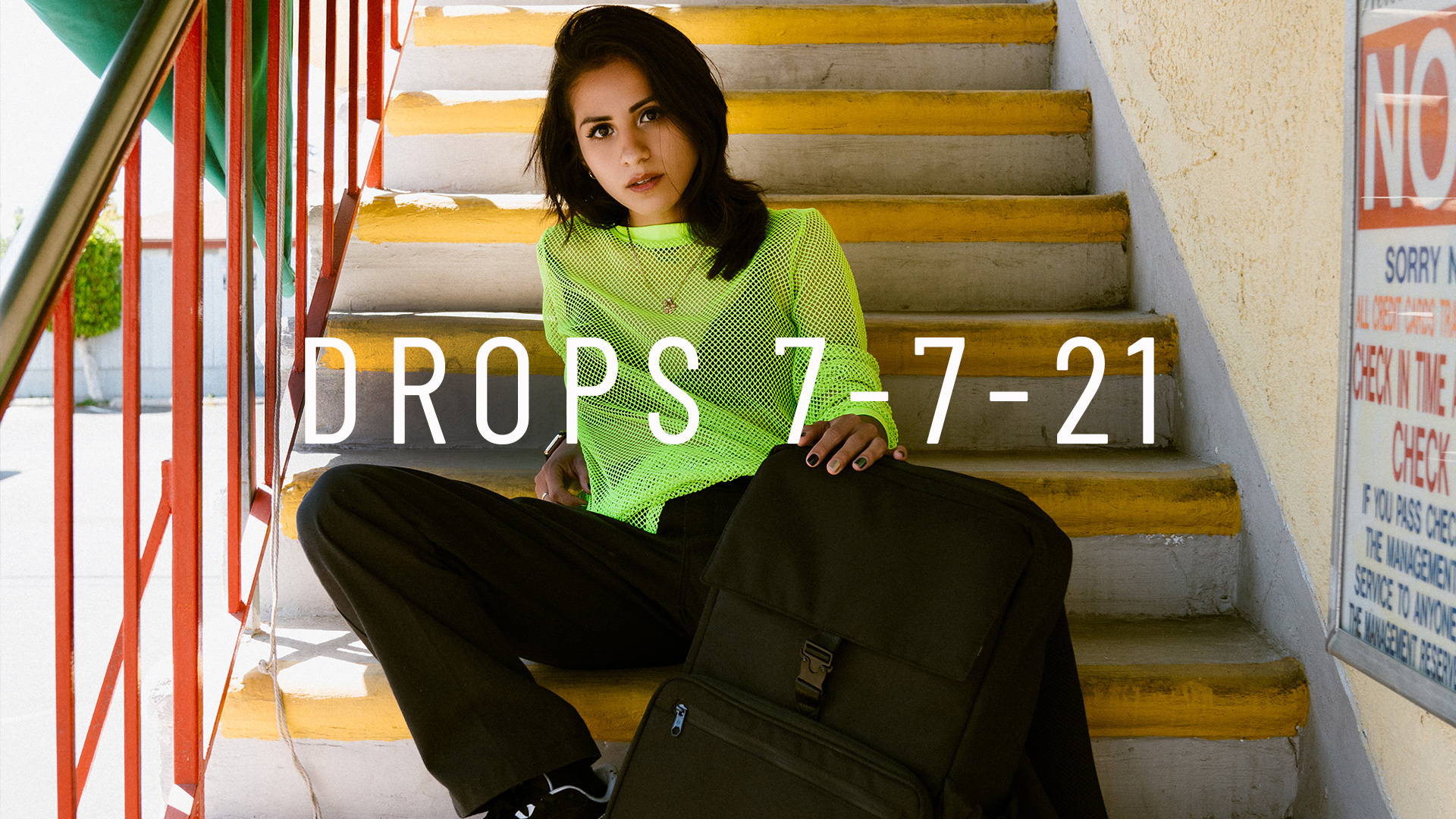 What is Women In Focus all about?

Welcome to our new series, HEX Presents Women In Focus. This series has 5 episodes, each highlighting a different female artist. We get to hear casual and honest conversation about their stories, challenges, successes, and advice on navigating the photography space as a woman. You may already be familiar with some of these women. Others, not so much. What we can tell you is that these women inspire us and women that we are sure will inspire others.

Historically women have largely had roles in front of the camera, rather than behind it. We are excited to bring you this series as an opportunity for meaningful dialog about why this, and to encourage the movement of female photographers who are changing that narrative.

The series consists of short and shareable segments from 5 female creators we admire, including Natalie Amrossi, Shauna Wade, Elise Swopes, Claire Lejeune, and Enkrypt Los Angeles. These women are at varying career stages, and bring their unique energy and aesthetics. We hope to encourage more female creators to know more about the business of photography, and also to grow as artists in their craft.

We hope you will enjoy watching as they lend their voices to encourage others as we keep Women In Focus.

Shauna Wade
is a self-taught photographer based in New York. She was inspired by images she saw on Instagram. Especially dark, mysterious, or moody images. And thus began her entrepreneurial journey. Not only did Shauna put in the hard work to become a skilled photographer, but she also built one of the first, and largest photo hubs on the web - Moodygrams. Moodygrams selects and showcases the work of photographers from all over the world and keeps with Shauna's love of the mysterious in her selections. Shauna considers herself primarily a travel and landscape photographer and loves traveling around the world to see things and meet people that she could have only dreamed about. She is a Sony Ambassador and has had her work featured by Apple among others. We have known Shauna for many years now. We have seen her creativity grow and flourish and we have seen her business acumen on full display as she built Moodygrams into the brand that it is today. We are excited to share her thoughts with you in this series and think you will be inspired by her story.

Claire Lejeune
is a photographer and visual artist who splits her time between Los Angeles, Washington DC, and Paris, where she grew up. Being a Parisian in America, her friends took to calling her "baguette". Shortly thereafter, Claire adopted this moniker and is known by many as Lady Baguette. We enjoy Claires style which is bold, but also has a crispness to it that gives it that special polish. It's this aesthetic that has earned her clients including Adidas, Puma, Stella Artois, and more. We have known Clare for a few years and have always ben impressed by her confidence and her hustle. Plus her sneaker game is on point! We are sure that Claire's infectious energy can motivate anyone to follow their dreams. And this is one of the reasons we are glad to feature her in this series.

Elise Swopes
is based in Brooklyn, NY having recently moved there from Chicago. She is well known for her surrealistic graphic creations. She mixes photography with numerous other kinds of graphic images to produce extremely unique, visually stunning images. She often works directly on her smartphone in an effort to prove and make art more accessible. Elise also runs the Swopes So Dope podcast so tune in sometime to hear more about what's on her mind. As an entrepreneur, photographer, and graphic designer, Elise's talents have landed clients including Adobe, Apple, Nike, Sony, McDonalds, Adidas, and Starwood Hotels to name a few. And if she wasn't busy enough, she also took time to give a TED-x Talk. Elise is well-spoken, savvy, and street-smart. She has a genuine way of connecting with others that provides unique opportunities for her as a mentor, teacher, or dare I say - even role model. Her art is as unique as her story and her ability to create a life for herself against the odds is nothing short of inspirational. We have been fans of Elise's for some time and are very excited to showcase her as part of this series.

Natalie Amrossi
is a New York City based photographer as you might expect from her other name, Misshattan. She left her job in the finance industry to pursue her true love of photography and has never looked back. Natalie is an adventurous world traveler who loves to experience life and culture all over the globe. She captures these places and people through her images - as well as the amazing food she enjoys wherever she goes! But what really sets Natalie apart from everyone else is her muse, the city of New York. She is famous for her aerial photos of the city she loves and has no fear when it comes to hanging out of a helicopter to get that perfect shot. Natalie's infectious personality and amazing talent mean that she is never without friends. These characteristics also happen to keep her working with some of the largest brands in the world including Google, Heinekin, American Express, Jaguar, Coach, and more. She has also been written up in The Wall Street Journal, Forbes, Vogue, NY Magazine, Buzzfeed, and Thrillist.
Our relationship with Natalie goes back 4 years or so now. We love to work together whenever we can as we both share a passion for empowering other creatives. Natalie is an incredible photographer, but more than that she is an incredible person. She has built an impressive body of work, an inspiring career, and a premium brand. It seems her gamble has paid off in spades. We are thrilled to be able to share some of her insight with you through this series.

Enkrypt Los Angeles
is photographer, videographer, and director based in Los Angeles, California. Yes, Enkrypt is the name she answers to. She enjoys the rawness of street photography and Inspired by graffiti and even gang life on the streets of LA. Enkrypt seeks to capture what may be called ugly and make it beautiful, powerful, and able to break down stereotypes. She started as an IT technician at Sony pictures. As part of her job, she was given a camera to document the condition of electronics for warranty claims. And that camera changed her life. Enkrypt has gone on to work extensively with the rapper Reverie and produce all kinds of media for Cortez Brothers and Estrella Jalisco. She prides herself in being a self-taught, hard-working artist who has taken big risks to become the artist she wants to be.
We were introduced to Enkrypt a few years back by our mutual friend Casey Zoltan - who himself is renowned for his art and for his galleries/brands, Known Gallery and The Seventh Letter. Since then we have stayed in touch and it has been great watching Enkrypt develop into the artist and entrepreneur that she is today. If listening to her doesn't make you feel like you can do anything, then we don't know what will. We are grateful to have her as part of this series. Not bad for a girl from the hood, huh? 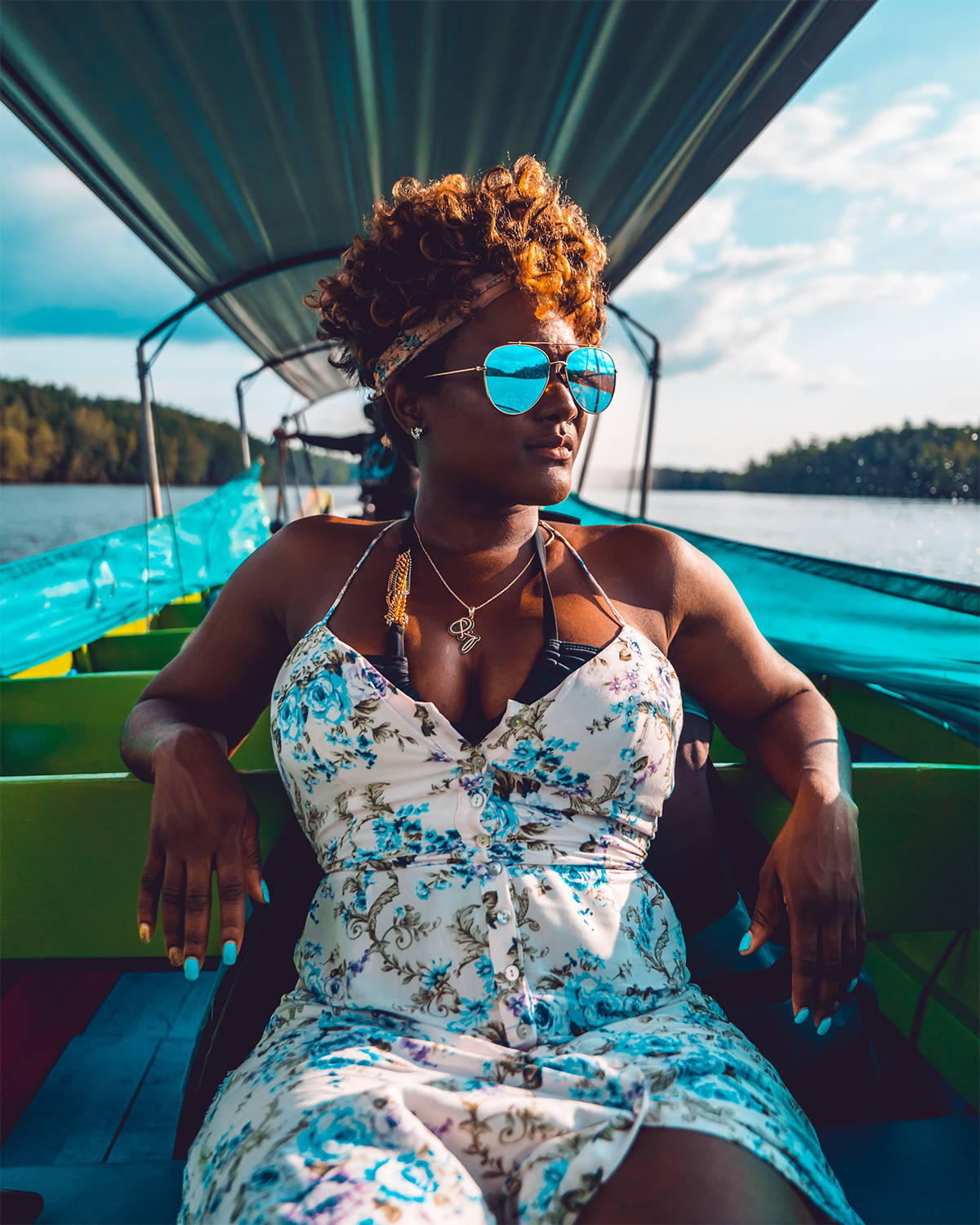 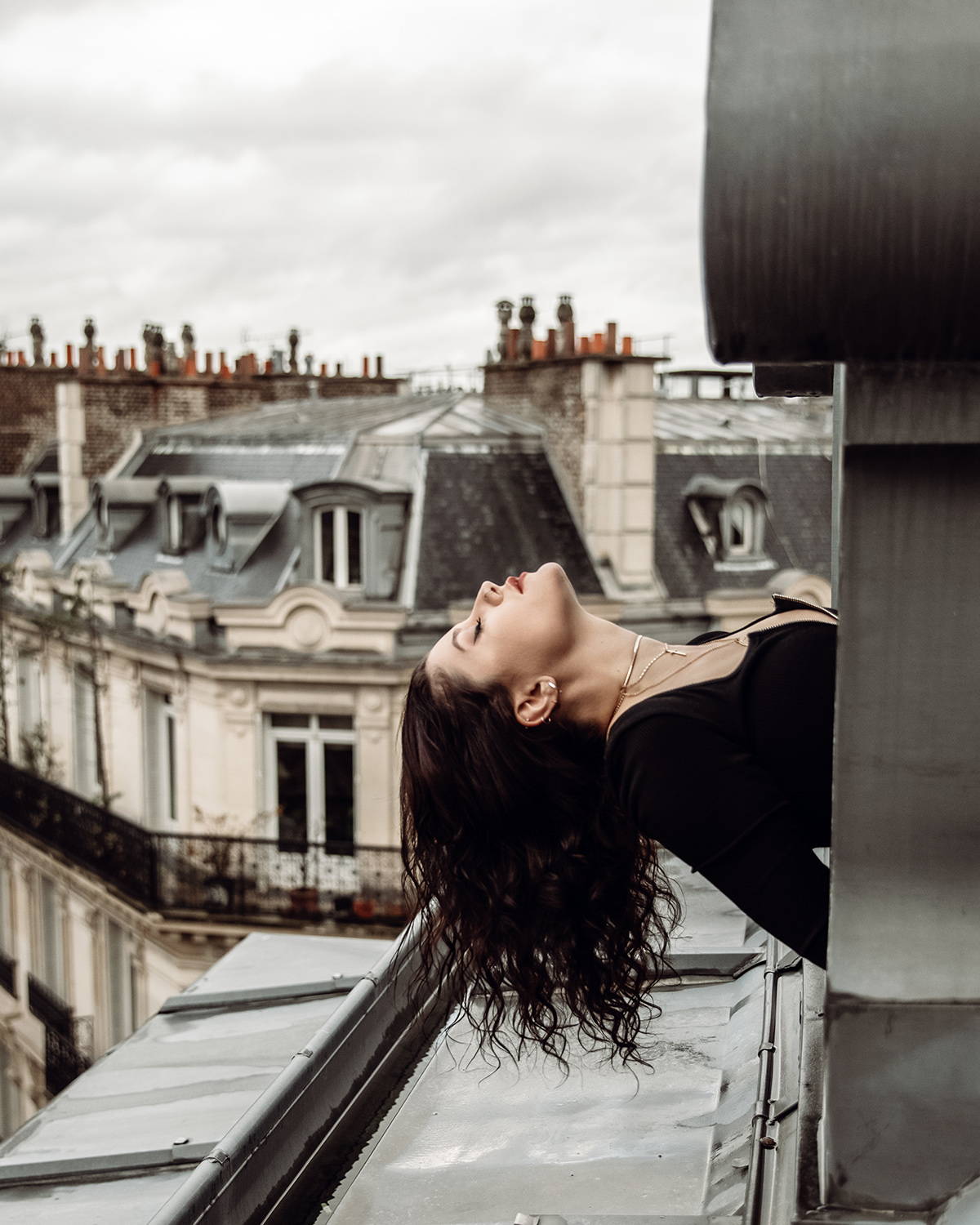 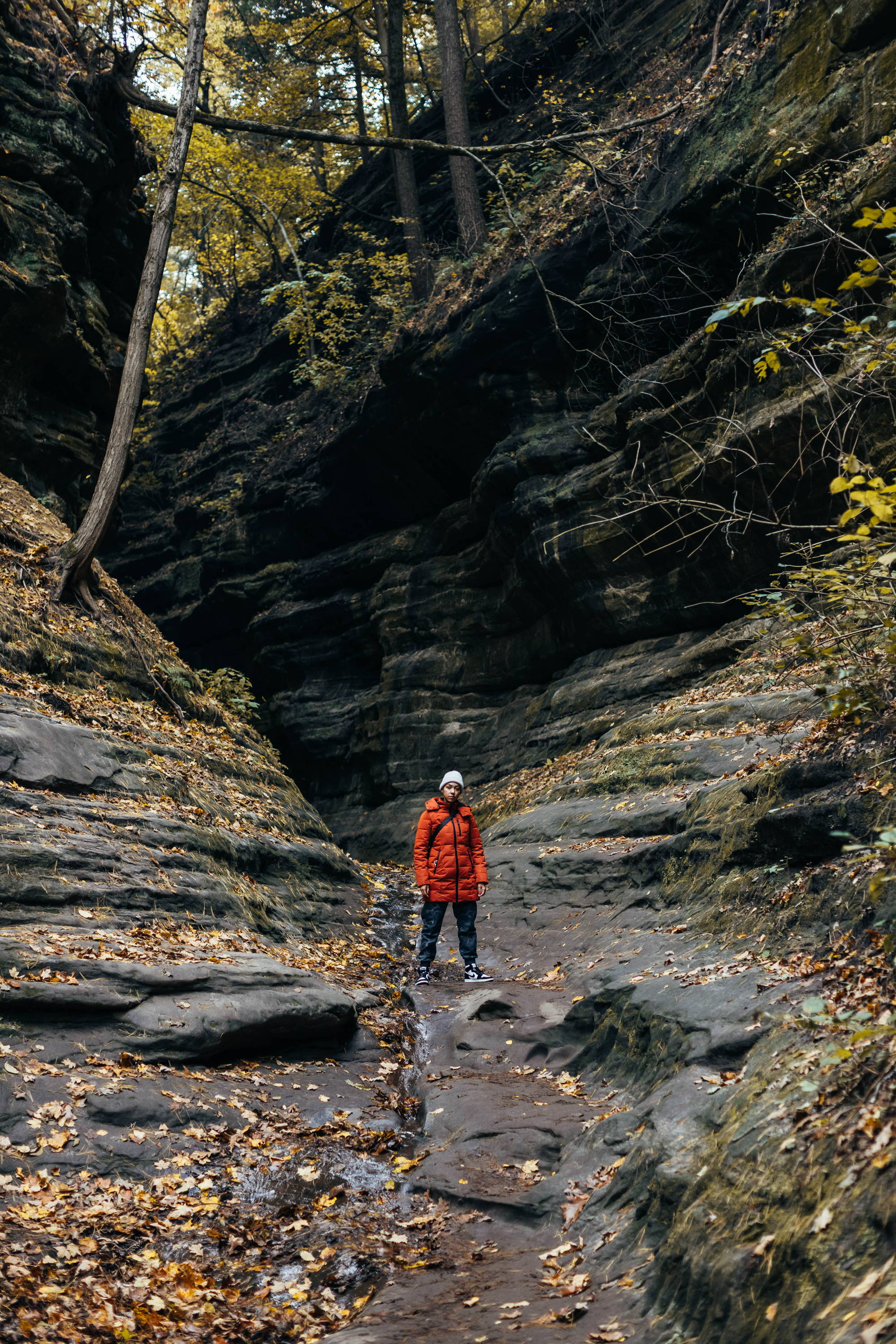 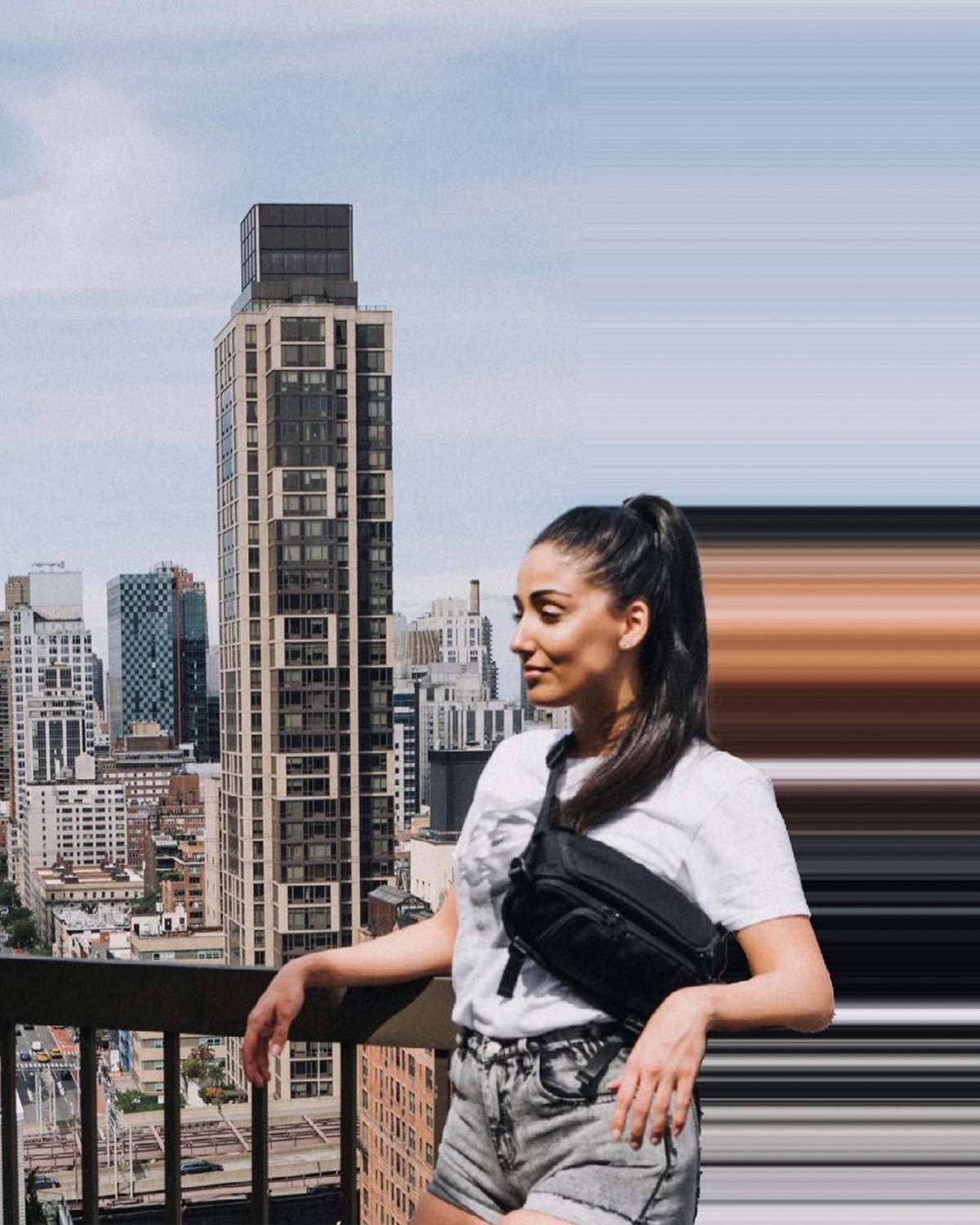 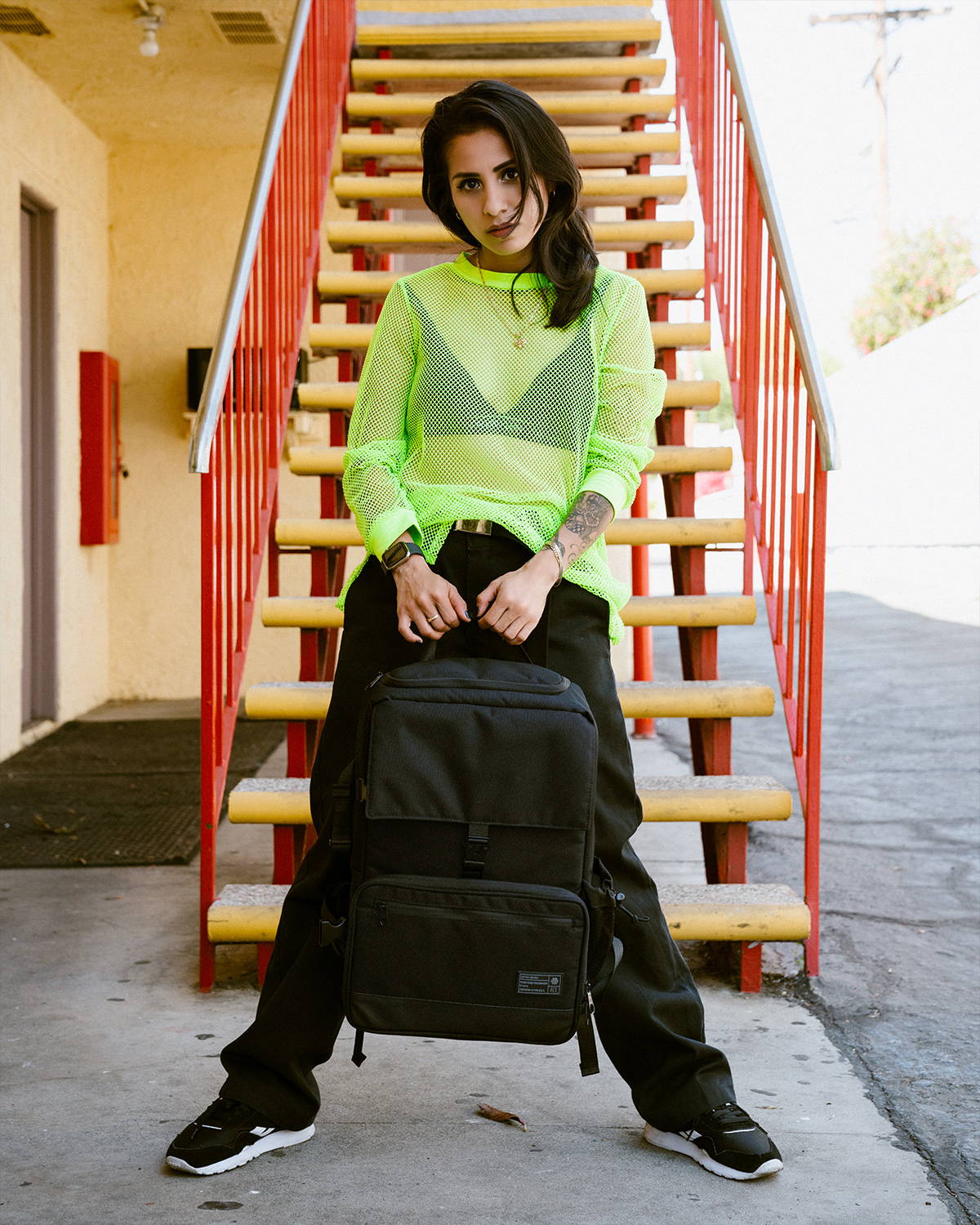